Albert Jack. An Elegy for Easterly. Petina Gappah. The water of life. Mary-Rose MacColl. The Ghost Teacher. Tony Bradman. Sometimes There Is a Void. Zakes Mda.

Elo Anaro-Wood. The Vicar of Nibbleswicke. Roald Dahl. Linehan's Trip. Bryan Murphy. A World of My Own. Graham Greene. And So It Went. Bob Ellis. Graveyard Murders. 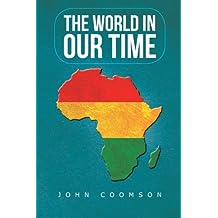 Love Narratively? So do we.

I Nearly Died Laughing. White Gods Black Demons. Daniel Mandishona. Christmas Gifts. Nosa's Wedding. Sharon Abimbola Salu. Simple Joy. The British Prime Minister, Theresa May , often strikes people as cautious, but her political career has been defined by acts of boldness, often on behalf of unfashionable causes, or in the face of seemingly impossible circumstances. The misconception arises in part because she is an awkward person.

May, who is sixty-one, is tall and stooped, serious and shy. Since she was elected to Parliament, in the late nineteen-nineties, she has dressed in sharp, eye-catching clothes, as if to offset the fact that she is not personally vivacious, but the effect is often to accentuate what is not there. She nodded faster, dozens of times, to encourage them to say more.

She extended her neck, like a bird leaning over a pond, nodded a final time, and moved on. She scarcely said a word. May is quiet in government meetings, too. She sits. She can land a joke, if she has time to prepare. But when she is forced to speak off the cuff, in Parliament or to the press, her body stiffens and she takes deep breaths.

She has a wide, expressive mouth that cracks into grimaces and betrays an inner tumult, while the sentences that emerge are frequently circular and devoid of clear meaning. As a result, it is hard to sense what May is thinking or to predict what she will do next. May, unlike Thatcher, would not enjoy being photographed driving a tank.